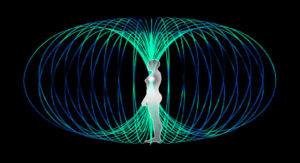 Chakra Removal (Unification) is the process of gathering the existing energies of each of the 7 major chakras in ones’ body, as well as, multiple minor/sub-chakras, and then moving them into their core star one by one.

The process works in conjunction with the removal of the kundalini system which restricts even more energy flow that stops you from achieving higher vibrational frequencies.

The core star is the energy center that holds all of your energy and once your chakras have been merged into your core star, your energetic system will be activated and energized, completely unrestricted and will allow you to naturally connect your entire being with no separations or compartments, your energy will flow from source freely.

There is much controversy that is going on about the question of whether or not chakra removal is something that should be done, or that it can be done at all.

The truth is, we have all been led to believe that the chakra system is something that we can not live without. However, we can live without them and I myself am living proof that we can.

Since having my chakras and false reptilian ties to the kundalini removed, I have noticed a tremendous difference in my meditations. They are easier to connect in and at a much faster rate and I can immediately feel my core star energizing and expanding.

Not only that, but I feel amazing. I don’t have to check my chakras or balance them anymore and anyone I come in contact with, no matter what the situation is, their energies don’t affect me in any way. Furthermore, I have noticed a dramatic increase in my abilities to transmit healing and am beginning to see increased psychic abilities as a result as well.

So why make us think that the chakra system is vital for the health of our bodies and energetic system?

The reason why is the chakra system is actually a program that has been brought forth by ET’s long ago to us to make us believe that we need our chakras to live and function.

This is a belief system modification. It is a specialized program that wires your entire being a specific way to make you believe that chakras are good for you.

“Without your chakras you will die.”

“If you remove your chakras, your body will not function properly.”

“You can’t remove your chakras and if you do, you won’t exist.”

These are some of the statements you will hear from others who are completely against it. Though, they do not fully understand the magnitude of the situation at hand.

The chakras are astral implants that have been designed as a limitation-based programming/belief system structure that limits the flow of energy from your core star.

They regulate energies in various parts of your body in the center of your body from the base of your spine to the top of your head.

When the chakras are out of balance, they begin to shutdown and fully close. When this happens, diseases can manifest that are emotional, physical and behavioral related.

Until the chakra is opened and balanced, the person will continue to feel the way they feel and begin to worsen in their condition as more chakras shutdown creating other negatively influenced problems.

For many years, this was the way that it has been taught and carried down from Master to Student and then to millions of people on the planet.

How could it possibly be that it is all a lie?

No body wants you to know that the chakras are essentially negative implants that can be used against you to siphon your energy and create illnesses that wreak havoc on every aspect of your life. They are used to drain and contaminate your energy.

If you really stop and think about what the chakras do to limit you, you will learn very quickly that having your chakras removed is an essential piece in the ascension puzzle.

For most, the chakras have been a way to learn about their energetic body and to increase their consciousness levels. Though, this has been fed through the many years of programming to make us think that the chakras are required for us to live and function.

This is a lie.

Are The Chakras Really Removed?

Probably the most controversial question, yes?

When a chakra is removed, the energy is gathered up until the energy has been fully gathered. It is then moved to the core star.

This is an upgrade to the chakra system essentially. You are merging all of the energies into one location so that there is no restriction in your energetic body.

I know the word removal to some would sound wrong because they don’t believe it is possible.

Instead of thinking of it as a removal, think of it as a merging. Or a “Chakra Unification”. As I’ve explained the process above, the energies of the chakra are gathered up and moved into the core star.

The energies of each chakra are still there. They haven’t been removed and sent back to the ether. They are just now in one location and this releases the restrictions from your energetic body because you are dissolving the chakra system and merging it as one central source.

That central source is made up of your higher self and source energies. So you are able to connect to them easier and faster. It’s already within you.

The Three Star System is an automated system that gets activated once the core star has been activated and energized and is not usually talked about as much as the core star itself as being the one single energy source once the chakras are merged. In reality, there are three main sources of energetic centers consisting of the mind, core and loin stars that automatically keeps your energy fields charged.

Because the chakra system formally worked with each gland within the endocrine system in the body, these three stars take the place of the chakra system and gives each gland and body part the required amount of input, data and energy it needs to keep your energy system working without compartmentalizing all of your higher self and source energies.

The Mental/Intellectual Aspect – operates from the head where the Mind Star resides. The mental aspect interfaces with all the brain and mind functions and helps integrate left and right brain so that neither is dominant and they work in synergism with each other. You can see how this is supported when you look at the picture at the bottom and understand how the spiritual body moves the energy from left to right & right to left as it rotates.

The Emotional/Intuitive Aspect – is in the middle where the Core Star or “soul” resides. This aspect if functioning properly is the master “center” and is bigger than the other two. It’s job is to manage not just itself, the Heart/Soul and it’s Emotions/Intuition, but it has the innate intelligence and wisdom to initiate and continue the interfacing of all three aspects and keep them in good working order.

The Creative/Sexual Aspect – is at the bottom where the Loin Star sits. This aspect is extremely important, way more than the obvious, “sexuality” …as without creative energy, we would wither and become extinct, both as a body and a species. Creativity is how we get ourselves out of messes and is the catalyst for growth and evolution. The energy from this Loin Star-creative aspect is what can help us rebuild after devastation both inside and outside the body. It is also what ignites passion and when combined with the energies of the Core Star-emotional/intuitive center/aspect and the head-mental aspect there are no limits to what we can create, re-create and regenerate!

By removing the chakras and kundalini, the energy is allowed to flow as it would naturally as directed and required by your higher self.

After the chakras and false reptilian ties to the kundalini system are removed, your core star remains but is now unified and fully open. It is our direct connection to source and our higher self.

To some, this may look like one large chakra, which resides near the Solar Plexus near where the old heart chakra was.

The more chakras you have, the more limits that have been put upon you. There are practices out there that suggest the activation of higher amounts of chakras as you begin to raise your frequency even higher.

Does this really make sense? We raise our vibration and gain more chakras that limit the flow of energies in and around our bodies. For what purpose? Have you really stopped to think about this?

If chakras aren’t a limitation-based program, why do we receive more as we move into a higher vibrational frequency?

Remember, we are in a game. This is all an illusion. We are playing the game according to our higher self and the path that we are meant to follow. If chakra and reptilian ties to kundalini removal resonates with you, the benefits to going through this removal process is truly amazing!

Benefits of a unified and fully open core star without chakras:

– Ability to receive and express much greater energy from our spirit or higher self.

– Acts like a force field that helps screen out other people’s pictures of reality. (Most of us walk around in other peoples’ energies because our energy bodies are separated.)

– Feelings of being more centered, calm, secure, powerful, peaceful, and self contained.

– Removal of limitations imposed by the chakras.

– No need to put time, money, or effort into clearing blockages from or balancing your chakras.

– Your spirit is unlimited. The limitation has been in the etheric and astral structures and programming within our energy body including thought forms, etheric wiring, implants, chakras, devices, parasites, and other structures.

– Chakras limit the amount of energy coming in from our core star and our energy fields.

– Chakras separate the energy of our core star, which makes it easier for others to attach cords and drain our energy.

– The chakras were implanted so that specific energies could be accessed, thereby allowing control and manipulation of our energy fields.

– The chakras may act as blockages of energy that can cause physical deterioration of the body and psychological illnesses.

– Chakras keep our body’s energy field segmented, making it easier to manipulate from an external source.

This is a useful step in removing our limitations and manifesting our I AM presence. Once your chakras are removed, it is permanent. Your body will go through clearings and activations as your body is getting used to your new energetic body.

** This is a free-will planet, if one so chooses to bring their chakras back into their body, they may do so with heavy intent.

They will eventually come back and provide the same limitations as before.

You will still have to balance them, make sure they are open and clear from any energetic gunk or stored negative energies, or worse yet coming in contact with someone who has a lot of energetic baggage that can affect your chakras and force them to close. **

How Is This Session Be Delivered?

This is a 1 hour session where you lie down. You may feel hot or cold sensations running through your body. This is also a great session where entities can be removed as each chakra is unified into the core star.